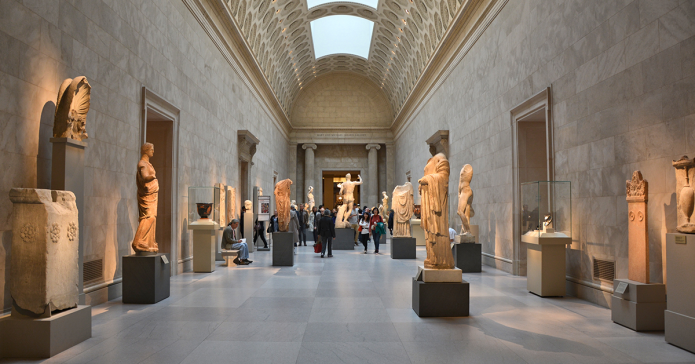 A couple of weeks ago I’ve met Jelena, a girl that runs her own Pilates center in Belgrade. I have asked her how she was dealing with the situation in our country and growing indigence that was taking over, especially since entire world has fallen into a financial crisis. She has responded to me by taking a deep breath and rolling her eyes.

‘Well’, she started while exhaling slowly. I had a feeling that I was about to hear a very interesting story. ‘It was hard’, she said. ‘Only now we are becoming aware of what we’ve been through. While we’ve been in all of that, we were simply only focused on how to deal with the situation.’

Jelena has explained to me how she has completely changed the way of running her business. She has become more flexible in order to keep her regular clients. Sometimes she would get up at 5am just to meet her client at 6am, and she would then also work late hours. In regular circumstances, she would start working at 9am.

She has also introduced some innovations. She has offered her space for usage to the people who could support her brand. Since the number of lay-offs was increasing both in public and private sector, the number of people who were trying to switch their careers was constantly increasing. In order to respond to the interest of her clients, she has come up with a short course: ‘How to become a Pilates instructor’. Her center is nowadays offering certified courses for Pilates instructors.

Jelena has eventually told me how the crisis has had a positive influence on her business. It is interesting to see that she’s not even aware that she has done something extraordinary. She has simply adjusted herself to the situation the best way she could. Although she’s the owner of that center, she was constantly pointing out that ‘they’ did it, rather than ‘her’.

The problem is how we react on problems.

Jelena’s example with Pilates center can be taken as an example of excellence. She was not aware of the choice she has made. She could have chosen to get up in the usual time, instead of adjusting herself to the time that was suitable for her clients. She could have decided to consider the expenses of running the center too big and shut the business down. She could have thought about the courses and think that ‘they would never work’. She had countless conscious and unconscious choices at her disposal. Each of these choices has somehow affected her work.

When we say ‘subconscious’, we often think of the things that are so deeply rooted in our usual behavior that we are not even noticing the way they are affecting the choices we make. We are not aware of that single moment in which we could have done something different, that key moment.

Remind yourself when was the last time that you were in a situation that could have ended up in a better way for you. Maybe the tension on that meeting was too big, maybe you failed in an attempt to sign some big contract, maybe you were under too big stress while you were delivering some presentation. Maybe you were intending to be more productive that day while you have spent that entire day procrastinating.

Go back in time, through all of these events, until that one crucial moment, the moment in which you have made a choice not to do the things the way you had planned. The moment when you have initiated a behavior that has prevented you from achieving required results.

When you could live through that situation one more time, picture by picture, slowly, would you be able to specify that single moment when you made the choice subconsciously? What would you do differently now? How would you behave? And now, when you are aware of a different choice you could have made – how come you haven’t made that choice back then??

Has that moment of choice come and gone so quickly that you haven’t even been aware that you were even making one?

NLP is successfully tackling this exact issue. It gets into the essence of habits and behavior of successful people, it systematizes them and enables people who want to learn and make progress to know how the best people do it. Creators of NLP, Grinder and Bandler, have come up with an idea to examine the habits of the most successful people, to repeat their actions and see what would happen. The result of such research is NLP – the most – perfect communication model in the world, that represents the foundation of working with people of all profiles. One of the most important things is the opportunity that NLP provides to us – to make ourselves better. To adopt concrete techniques and strategies that the most successful people already have and to apply those in that exact area in which we should.

The change happens at the moment we do something we haven’t done until then. Do yourself a favor. Initiate a change. Dream big and experience what it’s like to live your dream..